Healthcare data is expected to grow between 1.2 to 2.4 exabytes per year. That’s about 1,000 times the amount of data the human brain is capable of storing. This data is big, disparate and unstructured, making the identification of useful information almost impossible. In order for patients and healthcare providers to make actionable decisions, they need analytic tools that both collect data and make sense of it.

hGraph displays a considerable amount of health information in a deceptively simple fashion and small space. Through its shape and use of color, hGraph helps physicians to swiftly spot problem areas while retaining context of rest of the patient’s health.

hGraph is an open source tool that has been adopted by many organizations like Walgreens, Crossover Health, NextGen, and Citizen Health to help clinicians swiftly spot problem areas within a patient’s health. 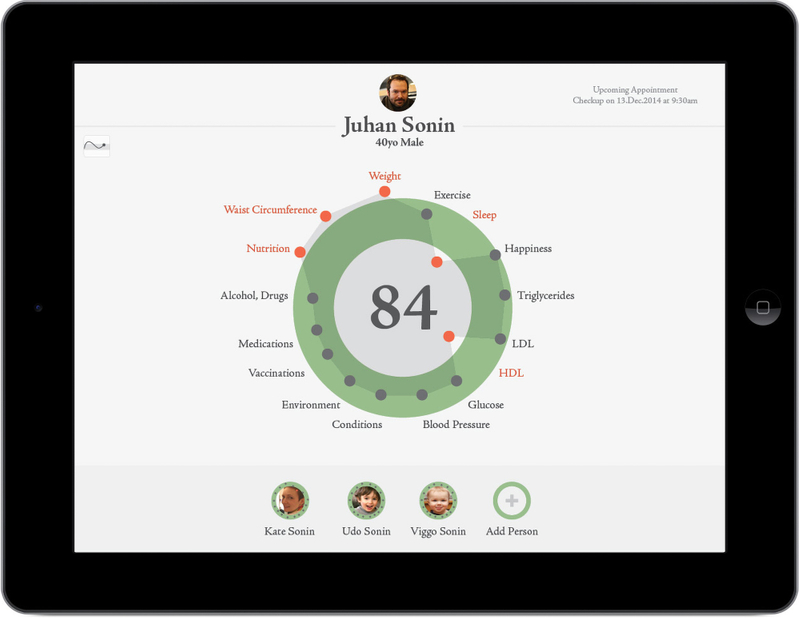 This open source visualization aggregates health data both on a personal and community level. It provides clinicians with at-a-glance analytics of a patient’s overall health, allowing doctors to spot patterns and red flags. It works by comparing a person’s health data against targeted health ranges based on factors like age and gender. Metrics that appear red are either lower or higher than the “good health” range. The hScore is an overall, aggregated score of health (1-100) that represents a person’s health status, or grade. In this deceptively simple fashion, hGraph enables the compilation and display of a considerable amount of information within a limited space. 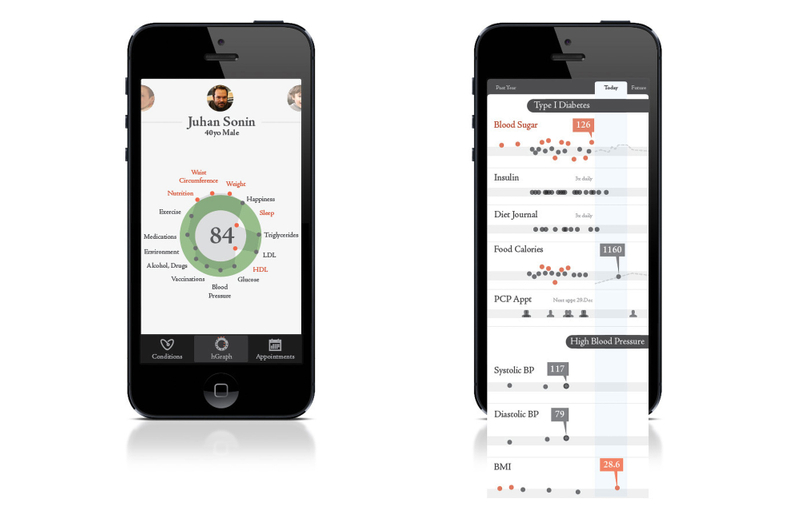 Keeping the big picture in mind wherever you go

hGraph can display everything from behavioral patterns to test data, giving the viewer a complete picture of a patient’s health. hGraph stores data from all medical providers making it easier for patients to follow up with their primary care physicians. 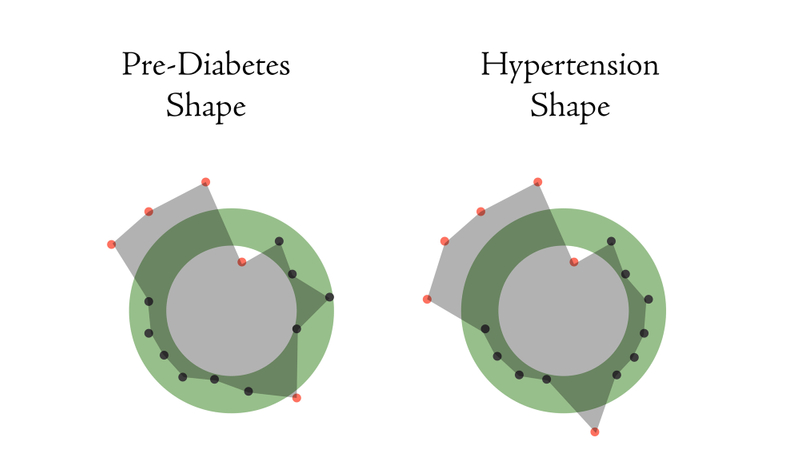 hGraph can also track data across generations, displaying behavioral and medical trends in families. Over time, doctors can identify patterns that could eventually lead to conditions like diabetes or hypertension. 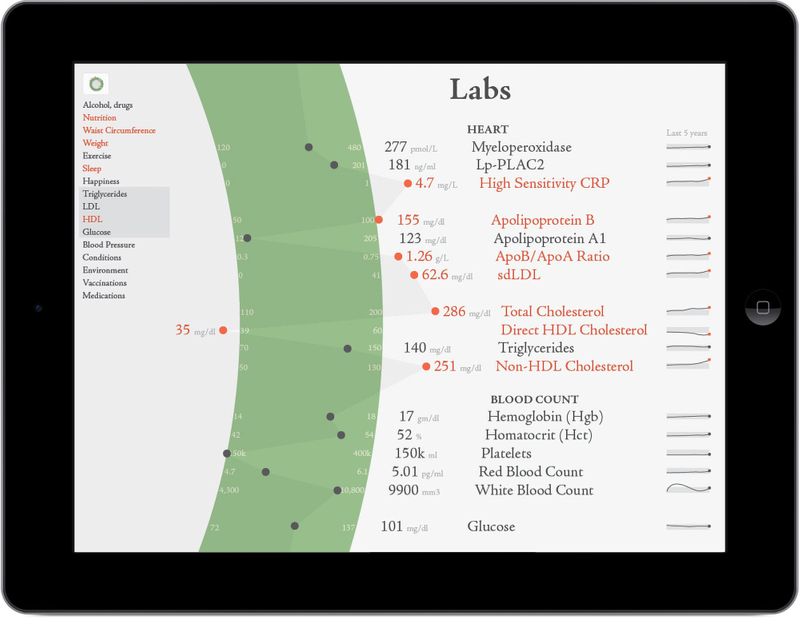 People can zoom in to inspect each data point. 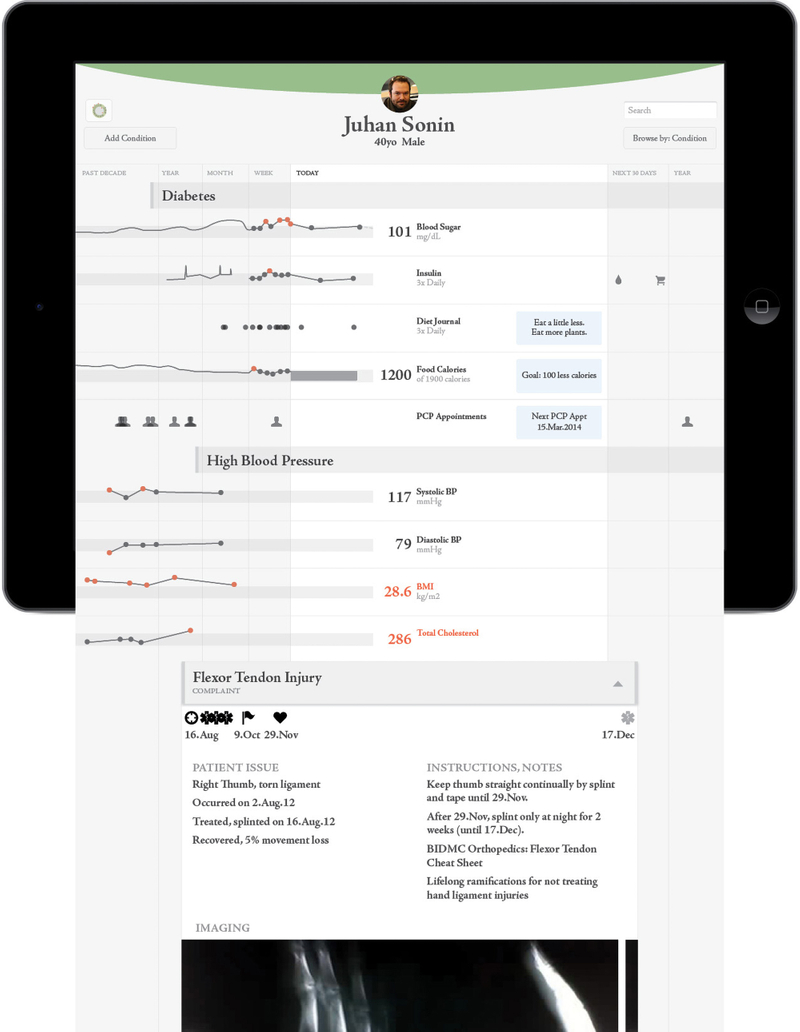 Crunching the numbers of analytics

According to McKinsey & Co. US healthcare costs topped $2.6 trillion in 2011 (The Big Data Revolution in US Healthcare). In the same year healthcare expenses represented 18.2% of GDP, a record high. That’s over $600 billion more than the expected benchmark for a nation of the United States’ size and wealth. They calculate early adoption of innovative tools like hGraph could help reduce the soaring cost of healthcare by $160-220 billion. Innovative, software-driven measures that target disease prevention and enable data adherence could save anywhere between $70–100 billion, while $90-110 billion could be saved by programs that coordinate care across all healthcare providers and align those providers around proven pathways.

However, those waiting for the US Healthcare system to be the leaders of change might be in for a very long wait. Business, both big and small, are quicker when it comes to seeing the need and cost-saving opportunities of hGraph.

Business leads the charge for change

The hGraph project intends to change the way we manage and interact with our health, and in turn make the healthcare industry leaner, cheaper and more effective. As an open source program, hGraph has been utilized in pilot programs at a major retail pharmacy and at Facebook’s campus health clinic. These corporations lead a trend of big business improving worker productivity and their bottom lines by taking a more active role in monitoring their employees’ health.

According to Mercer’s “Worksite Medical Clinics 2012 Survey Report” 37% of companies with more than 5,000 employees offer on-site health clinics, with an additional 15% planning to add their own health clinics in the next two years. Of these corporations 62% reported their top reason for continuing onsite health centers was because the clinics enhanced worker productivity. The second reason, according to 56% of those surveyed, was because the clinics reduced medical costs. Most corporate centers are taking a more active role in the management and coordination of employee wellness. Still, over half of organizations reported they were in need of tools to capture a holistic view of employee health to better integrate and coordinate their health programs with outside health centers.

The third biggest cause of death in America is due to medical errors that could have been prevented. A 2016 article titled, Medical error—the third leading cause of death in the US, estimated that as many as 251,454 people die each year due to these errors. hGraph instantly shows clinicians a patient’s conditions, allowing them to make faster, smarter life-critical choices. Other Electronic Health Records (EHR) force doctors to hunt through dozens of screens to find pertinent information. In health, speed counts. hGraph provides medical professionals with the tools they need to save lives and improve the outcome of their patients’ health.

hGraph provides medical professionals and patients with Big Data Analytic power that understands the context of their worlds. It is simple to use and simple to implement, which is why many have chosen hGraph as the tool to promote and disseminate better overall health.

To learn about what you can do with hGraph and how you can participate in its development, contact us at hgraph@goinvo.com. 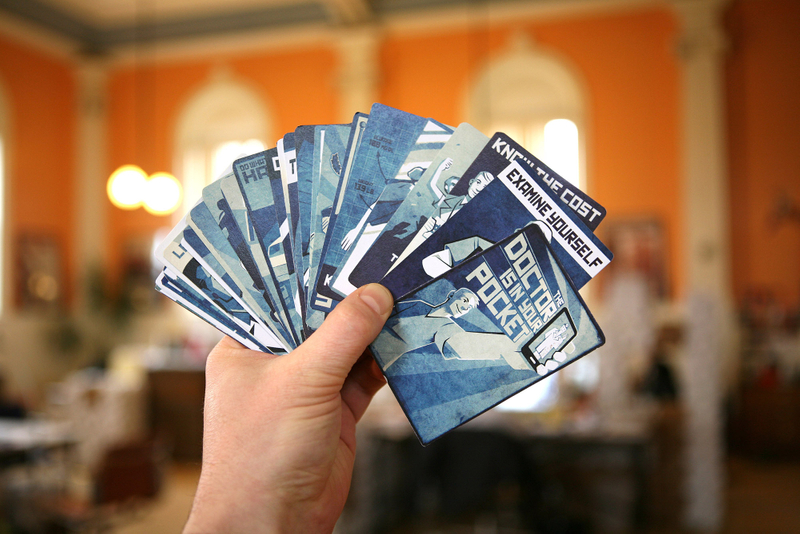 Mantras for patients to change themselves, clinicians, and the healthcare system. 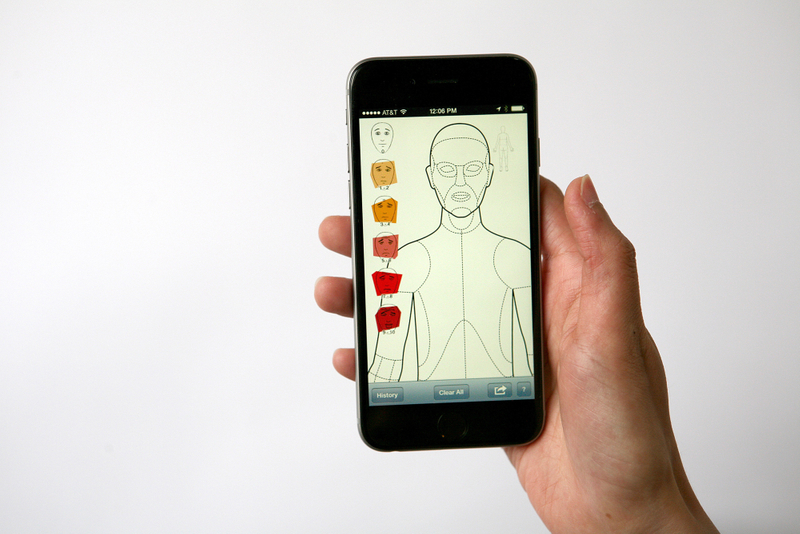 Prototyping and envisioning future applications of a national health data standard to drive its development.