MITRE, a Federally Funded Research and Development Center (FFRDC) specializing in systems engineering, is developing a health data specification called the Standard Health Record (SHR). To drive development and national health IT policy, they needed help envisioning its technical architecture and imagining the services built on top of SHR.

GoInvo identified pain points in the current state of health data interoperability and health encounters, created a series of system diagrams that showed the universe of options and who was affected by SHR, and envisioned products that showcase the value of the standard.

The design concepts and SHR use cases played a key role in providing MITRE a long-term vision. It communicated the value of the SHR and continues to educate key players and organizations. In 2018, SHR was accepted into the international FHIR standard as a new oncology FHIR profile.

Working closely with the MITRE team of more than 20 engineers and clinicians provided us with an understanding of the SHR to accurately represent its structure. 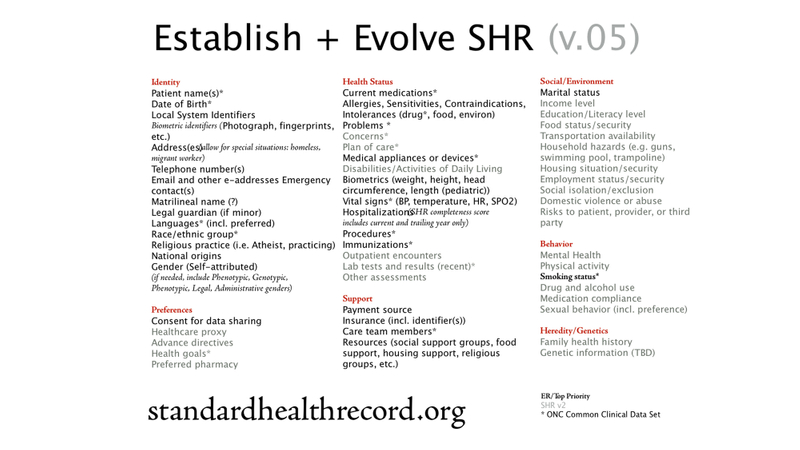 We iterated through several rounds of sketching and weekly validation cycles with the MITRE team to create an accurate, human-readable representation of the SHR.

Working closely with the same team of MITRE engineers and providers, we created prototypes, storyboards, and assets that showed the power of the SHR and the services that would be enabled from its development, in order to generate collaboration at the provider, hospital, and state level.

Represent the SHR structure to be human-readable

The organization of the SHR and its data structure was not immediately understandable for those outside the core development team. A visual narrative for communicating the SHR and its variations would need to be designed.

GoInvo’s strength lies in showing the future of healthcare. Capturing stakeholder attention by envisioning the future with the SHR allowed MITRE to gain further buy-in at the executive level, gain funding, and build more partnerships to expand development efforts.

Create a visual language for the SHR 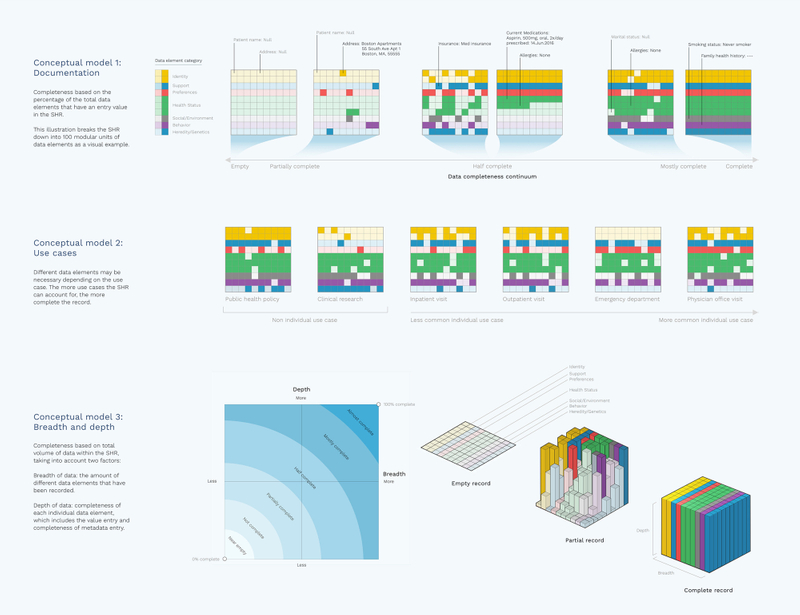 Colors represent health information categories such as environment, genetics, behavior, and each square represents a specific health record data element. Grouped within a larger 10 by 10 grid, each particular combination of colors represents a use-case or clinical scenario.

Communicating the flow of data for an outpatient journey allowed providers to relate to the clinical connections of the SHR. Several primary care clinicians and system engineers at MITRE reviewed and validated all designs.

Disseminate the SHR through story

GoInvo created storyboards for several scenarios of care to show the future health service experience made possible with the SHR. By sharing this vision with government leaders such as Charlie Baker, governor of Massachusetts, the SHR gained support at the state level in October 2016. 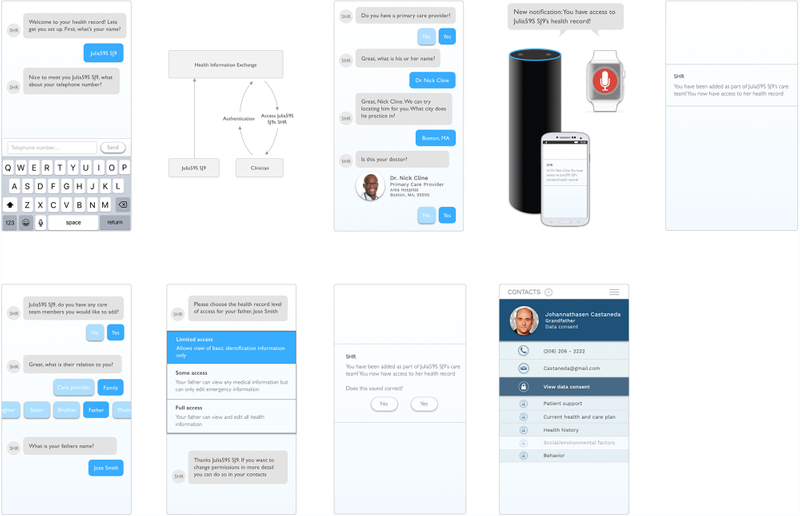 A patient may initiate a personal health record that values patient data ownership and access. 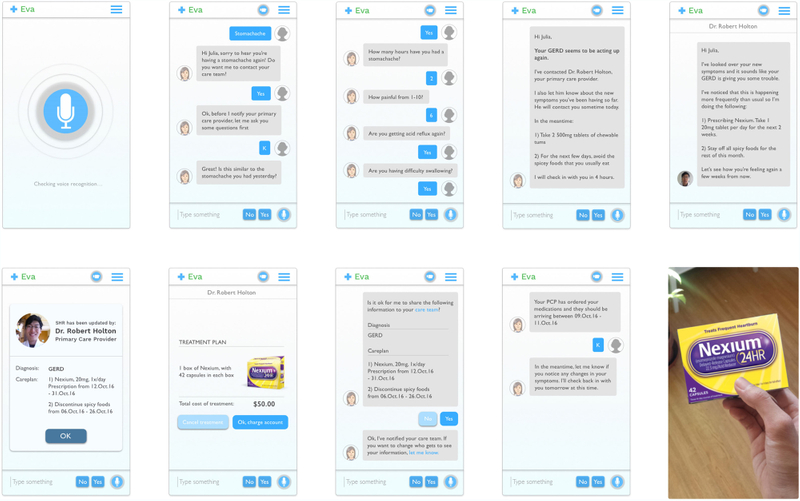 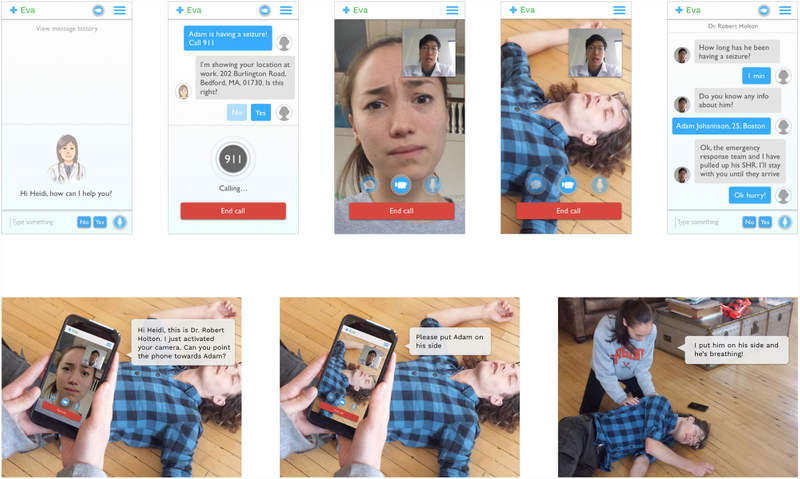 Remote care can also help in an emergency situation.

In 2018, the SHR was voted into the international FHIR standard as a new oncology profile. The vision communicated through the designs succeeded in helping drive the value of every US patient’s data by pushing national adoption and implementation.

Circulate visualizations to drive awareness and understanding of the SHR

Poster visualizations were installed within MITRE as a vehicle for sharing the team’s work and common vision for the SHR. System-level visualizations were used to communicate the SHR with the greater public at health IT conferences such as HIMSS, leading to hospital partnerships with organizations such as the Dana Farber Cancer Institute, and Brigham Women’s Hospital, where providers could test the SHR in real-life clinical settings.

Validating the SHR at the point of care 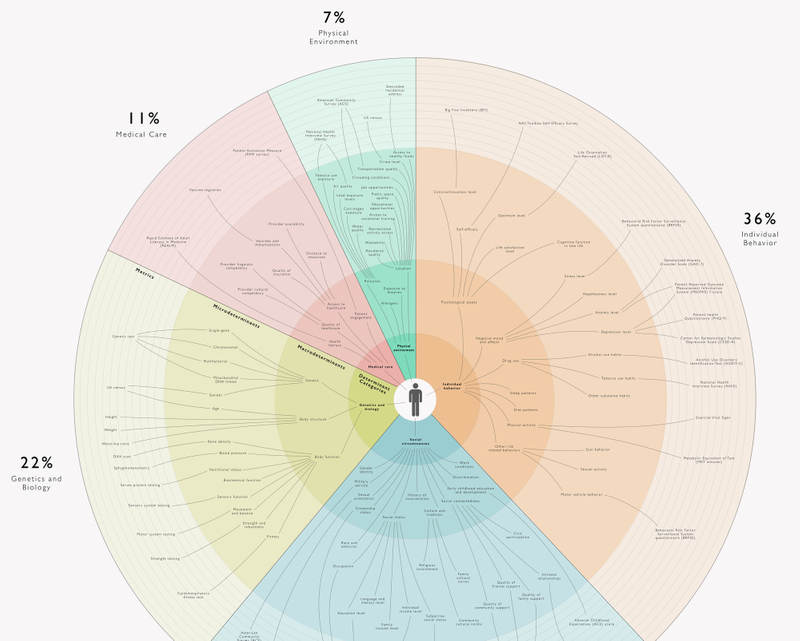 89% of health occurs outside of the clinical space through our genetics, behavior, environment, and social circumstances. These factors are known as the social determinants of health. 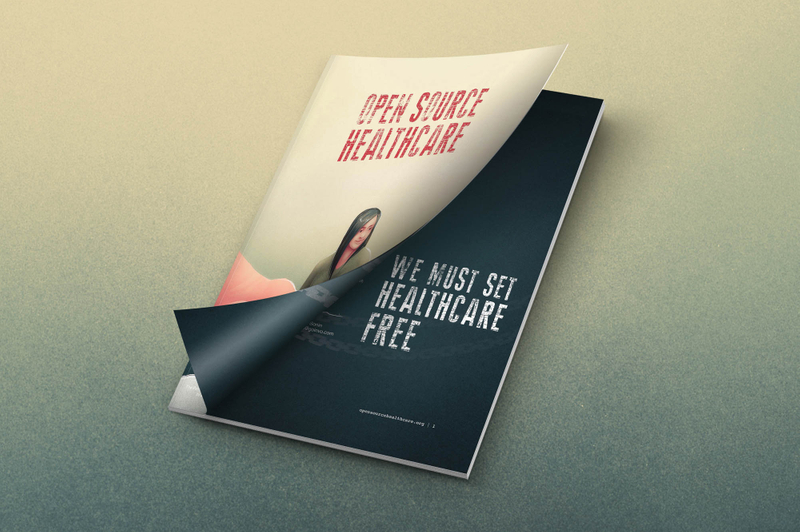 The debut issue of our Open Source Healthcare Journal, advocating innovative open source ideas to change healthcare for the better.